Celebrating the International Day of Cooperatives with Cooperation Among Co-ops 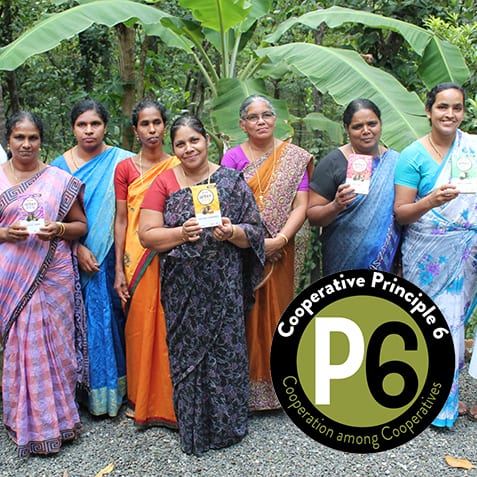 On Saturday, July 6, co-ops around the world joined in celebration of the International Day of Cooperatives (IDC), initiated in 1995 to increase awareness of cooperatives and their successes and to promote the movement’s ideals of international solidarity, economic efficiency, equality, and world peace. IDC provides an opportunity to strengthen and extend partnerships between the international cooperative movement and other like-minded organizations. It’s perhaps no coincidence how strongly that sentiment reflects Cooperative Principle #6: Cooperation among Cooperatives, which recognizes that co-ops serve their members most effectively and strengthen the cooperative movement as a whole by working together through local, national, regional, and international structures.

As a consumer co-op, GreenStar partners with various types of co-ops in numerous ways. Whether we purchase their products or utilize their services, each time we partner with a fellow co-op, we strengthen the entire movement, furthering its social, economic, and food justice mission. In honor of the International Day of Cooperatives, I thought it would be fun to consider some of the ways in which GreenStar partners with other co-ops.

Producer co-ops: As you walk the aisles of our stores, you’ll find plenty of fare produced and/or distributed by cooperatives from both near and far away. For instance, Once Again Nut Butter, located in Nunda, NY, is a worker-owned co-op committed to sustainability and integrity. They engage in Fair Trade practices both domestically and abroad to ensure their growers make a fair wage, and they start co-ops in developing countries to address issues of economic crisis and poverty. Organic Valley, on the other hand, spreads across the nation, as it’s owned and run by 2,000 family farmers as close to us as Lansing! For more than 30 years, they’ve worked together to help save family farms and support a sustainable farming system.

From a more global perspective, Alaffia Shea butter is an excellent example of a cooperative formed to help communities become more sustainable through the Fair Trade of indigenous resources. Alaffia empowers people through their community projects and women’s cooperatives in central Togo. Their work is aimed at alleviating poverty and advancing gender equality, by doing such things as providing used bicycles to disadvantaged students so they can travel to school and providing pre- and post-natal care to reduce maternal death rates.

Other examples of co-ops represented on our shelves include Alvarado Street Bakery (bread), Blue Diamond (almond milk, crackers), Frontier Herbs, and Equal Exchange (bananas, cashews, chocolate, coffee, and more!). This is by no means a definitive list.

Co-op support organizations: GreenStar is a member, along with other co-ops, of organizations that offer shared services, thus allowing cooperatives to receive these services at a lower cost than they could on their own.
National Cooperative Grocers (NCG) is a cooperative for retail food co-ops that provides marketing and promotional materials and programs, such as Co-op Deals. They support more robust businesses through developmental resources, trainings, and consultations. Their member co-ops also enjoy enhanced buying power thanks to NCG’s work negotiating contracts with UNFI, a leading natural and organic food distributor.

The Neighboring Food Co-op Association is a cooperative federation of more than 35 food co-ops in the Northeast, offering wonderful regional support. This co-op of co-ops facilitates collaboration among its member co-ops to support shared business success. It offers practical peer-to-peer trainings, innovative regional sourcing projects, and special initiatives such as Healthy Food Access — along with other benefits and services for its membership.

Columinate is a cooperative of consultants who help co-ops grow and prosper by offering strategies, tools, and skills of various kinds. GreenStar benefits from their support primarily at the board level, getting training for board members and guidance in the governance process.

Financial sector: We use Alternatives Federal Credit Union (right across the street from our current West End store) as an operational bank — and are you aware that credit unions are co-ops? We also have a few loans with NCB, a cooperative bank that lends to coops. Finally, although we’re not using them currently, we also have a relationship with Capital Bookkeeping, a worker cooperative in Troy, NY.

A local competitor, cooperatively redefined: We love the Ithaca Farmers Market, an owner–operated cooperative market with more than 160 members. Rather than seeing our fellow cooperators as competition (though they sell much of the same fare we do), we honor them as viable partners in creating a more just and sustainable world. During the winter months, they rent The Space @ GreenStar to keep the market going. That is the perfect local example of Principle #6, Cooperation among Cooperatives!

Om Mushroom Superfoods are an Owner Deal this mont

Planning outdoor events for the weekend? Keep the