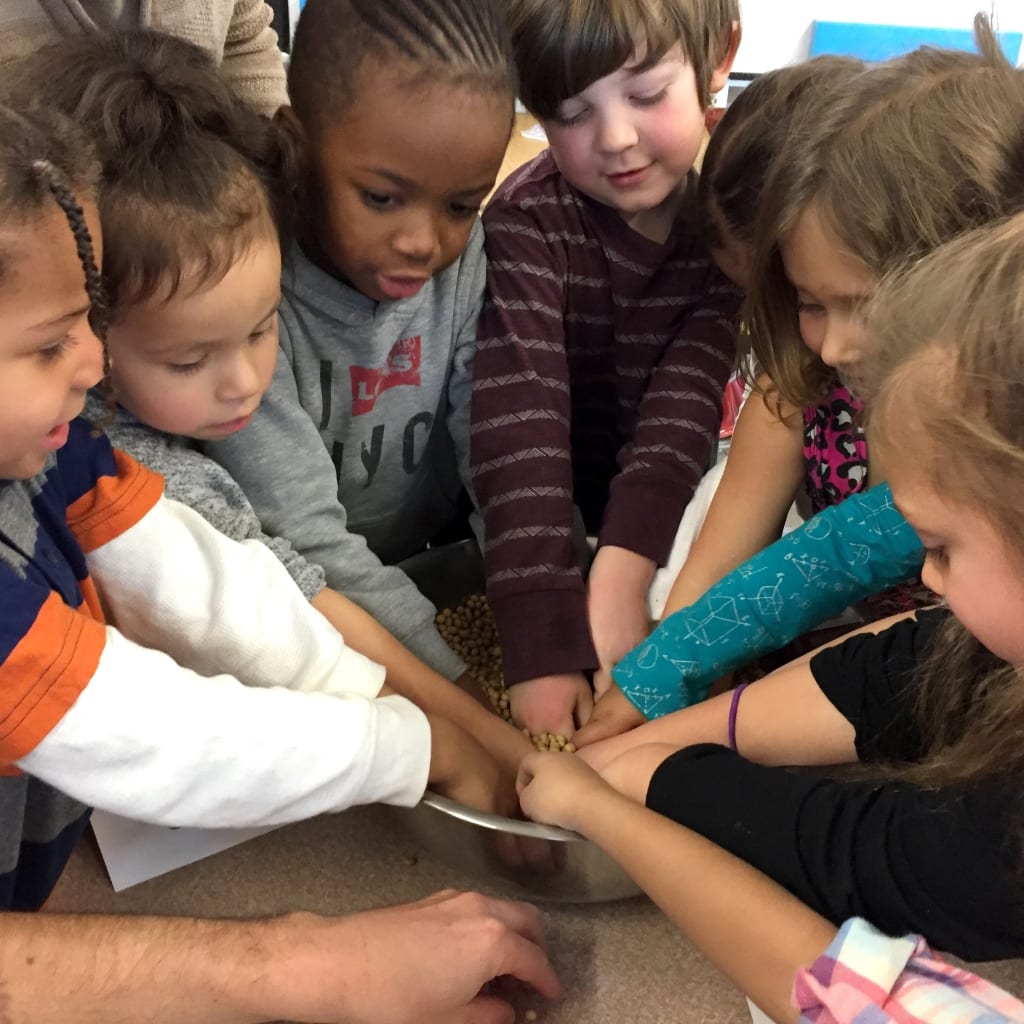 Cool School Food participants do some hands-on learning about food.

AUGUST! This is when Ithaca starts bustling with energy as teems of students head to Cornell and Ithaca College for the fall semester. From a co-op perspective, this calls forth the Fifth Cooperative Principle — Education, Training, and Information — which states: “Cooperatives provide education and training for their members, elected representatives, managers, and employees so they can contribute effectively to the development of their co-operatives. They inform the general public — particularly young people and opinion leaders — about the nature and benefits of cooperation.”

GreenStar provides education and training on cooperatives in many different forms, from offering articles in our newsletter, the GreenLeaf, to tabling at community outreach events, from conversations among staff and customers to store tours for children, college students, and others. We even have two separate classes on cooperatives as part of our staff orientation program. Today, I’d like to focus on a few special ways that GreenStar supports the education of children and teens on a basic value of our cooperative: access to healthy, natural food.

Sean McKean, Lead Cook in our Central Kitchen, has provided educational outreach to students from the Lehman Alternative Community School (LACS), the Ithaca Children’s Garden, and GreenStar Community Projects (GSCP). According to Sean, “Using food as a medium for outreach has been a motivating force for me since joining GreenStar full-time in the fall of 2015.”

For example, GreenStar hosted LACS students for an internship-style program that ran an entire 10-week semester. This full-immersion experience in a production kitchen allowed students to build self-confidence in their culinary skills. LACS also included GreenStar in its Trips Week, a yearly outside-the-classroom experience chosen and driven by the students’ own interests. Since 2016, we’ve hosted students with a desire to learn about local foods, food justice, and multicultural cooking. “It’s been great,” Sean told me, “to have such a strong connection with a school that in many ways mirrors the values of our Co-op.” That, in a nutshell, is the Fifth Principle in action in our own community.

At the Ithaca Children’s Garden, Sean worked with the “Teen Urban Farmers” group, conducting several awesome education sessions that covered topics from cooking techniques to the science of tasting, culminating in a Pesto Party. Picture novice cooks raiding the herb garden in high spirits and going wild with flavor combos.

Currently, Sean’s conducting a four-session series with youth working in GSCP’s Community Garden. A spring break cooking class about rice and beans was Sean’s first gig with GSCP. This summer they’ll focus on using produce as they harvest it, and better understanding nutrition and food preparation in general.

Another way GreenStar supports childhood education on natural foods is by being a primary source for organizations whose goal is to provide children with, and teach them about, healthy food. A prime example is the Coalition for Healthy School Food (CHSF), a nonprofit that introduces plant-based foods and nutrition education in schools to educate the whole school community. We were very excited when long-term GreenStar owner and CHSF Executive Director, Amie Hamlin, signed the organization up to become the first nonprofit to join GreenStar’s Organizational Ownership program.

Here in Ithaca, GreenStar is the primary source for the ingredients used in their various CHSF programs, including “Cool School Food in the Classroom” and After School Cooking Classes. The Cool School Food program is a partnership effort between CHSF, schools, businesses and organizations to develop, test and introduce plant-based, made from scratch, international legume, tofu, and tempeh based recipes in school cafeterias. Cool School Food is “cool” because the food comes from other cultures and because plant-based foods help to keep the planet cooler. In Cool School Food in the Classroom, children learn about the plant-based entrée on the school menu that day, including its cultural origins by watching and interacting with a slide show that shows many aspects of the culture the recipe is from. Recipe’s ingredients are laid out for the children to see, touch, and smell. According to Amie, “The children love the tactile experience and particularly enjoy plunging their hands into the dry beans and grains.” Next, thanks to the ICSD Child Nutrition Department, students get to try the prepared recipe. Then they participate in a discussion about “The Power of Plants”. This is an inquiry based discussion where we ask questions but the kids have the answers! When asked where food comes from, they understand that food originates from plants or animals and why it’s important to eat more plants — they keep us healthy, help us have a better mood, prevent constipation, and help keep the planet cooler!

Through the Fifth Principle, co-ops spread their influence and help generate support for the cooperative movement and its values among even the youngest of folks. In that way, we guarantee a future generation of GreenStar cooperators!

This Collagen Super Beauty powder by Garden of Lif

The GreenStar Cafe now has donuts from @angelheart