Your Voice, Your Vote, Your Co-op

Cooperatives are democratic organizations controlled by their members — those who buy the goods or use the services of the cooperative — who actively participate in setting policies and making decisions.

One of the most important benefits of being a member-owner is electing your Co-op’s Board of Directors, or GreenStar’s Council. Council works closely with our General Manager to decide on the long-term vision of our Co-op and participating in Council elections is a way that you can help to shape that vision. We have 7 candidates and 8 open seats (5 seats for 3-year terms & 3 seats for 1-year terms). 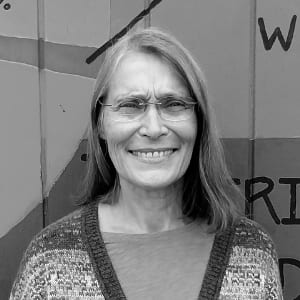 Vote on the Member Referendum

QUESTION #1:
Shall GreenStar’s Council ensure that:

The process for selecting a “new” logo for the Co-op is fully transparent to member-owners as it unfolds. The preference of member-owners among at least 3 possible logos is broadly solicited and publicized. Such possible choices will include the “tree of life” logo the Co-op used for most of its existence before it was replaced by “the tomato,” and GreenStar’s logo and signage will use the Co-op’s original and legal name: “GreenStar Cooperative Market”?

QUESTION #2:
Shall there be a binding member vote on the selection of a long-term logo for GreenStar?

This referendum petition was circulated, because when we heard last August that GreenStar was considering a new logo, we didn’t want the same thing to happen as occurred previously: a complete lack of member involvement with a new design so many disliked. For most of GreenStar’s existence, we had the Tree of Life logo (still above the West End office door). This Tree with roots, trunk and canopy is considered beautiful, an expression of GreenStar’s spirit, by numerous members. Suddenly, we had a digital tomato logo, a changed name and “coop” cut in two, like an afterthought, which many found lacked beauty as well. I, Becca, considered advancing a referendum then to reinstall the Tree, but funds had already been spent on new signage, printed materials, etc…

What many don’t know is that in 1982, members were asked to submit logo designs, and an embellished Tree of Life was selected. No consultants needed to be hired, as with the tomato(s?), with extra money spent. This logo served us well during decades of member growth and financial well-being. How much members miss the Tree was repeatedly expressed by referendum signers, along with their dislike of the tomato and desire for more democracy. All but three people approached with this petition signed it (321 signed).

Our logo conveys an impression of our organization. The Tree of Life has a lot of ancient history, symbolism and power, whereas, as many members said, a tomato doesn’t, and isn’t considered a particularly important or healthful food for many. After a fire destroyed our store, T-shirts showed the Tree’s roots and stump with a sprout, saying, “Our Roots Are Strong,” which they were and are.

(Right before this referendum was submitted, the logo was changed with a bigger tomato and one improvement: the word “coop” in GreenStar’s name.)

If you vote yes on the first part of this referendum, it will mean that if new logos are considered someday, the Tree of Life will be one option that we members would offer feedback on. Voting yes on question two allows members to vote on which logo will be used. This referendum does not restrict GreenStar’s marketing department from choosing the other logo options. Perhaps members will again be invited to offer logo designs and forego consultants that must be paid. Please support member involvement and choice and vote yes.

It is inspiring and absolutely positive to see GreenStar’s owners express their commitment to our co-op through this referendum. However, the terms of this particular referendum are problematic in that they excessively restrict the scope by which GreenStar’s staff can perform the jobs they are hired and trained to do.

There are two groups whose combined efforts make GreenStar “work:” employees and owners (represented by the elected Council). Both bodies are essential to the Co-op, but, just as there are functions where they overlap, there are areas of operations that should be clearly delegated to employees — as well as areas of governance that should firmly rest with our owners and Council.

Each year, owners elect a board of directors (the Council) that represents them in the governance of the Co-op. Through the Council, our owners ensure that the Co-op is governed by the values and outcomes in our Bylaws. Our owners also directly vote on any changes to our Bylaws, thus ensuring that GreenStar remains true to its central mission of providing wholesome and affordable food and goods. Our owners also have the ability to draft referenda for membership votes. This is a powerful tool, but may, on rare occasions, result in referenda that are not in the best interest of our co-op’s success. The logo referendum is in this category. The responsibility of marketing our co-op — including the creation and design of our logo — should be performed by the staff members who have been hired and trusted to do this job.

Cooperative retail stores like GreenStar need the expertise and experience of co-op professionals in order to succeed in today’s relentlessly competitive marketplace. We rely on the in-depth experience of our product purchasers, human resources team, finance, and marketing staff.If passed, this logo referendum would impose a level of micromanagement on our staff that would hinder their ability to deliver on the job assigned to them — including the creation and implementation of our cooperative’s branding. The branding of GreenStar needs to be adaptable to the ever-changing marketplace, including broadening our appeal beyond our current shoppers to community members who have not yet joined the Co-op or even shopped at our stores. I urge you to vote “no” on this referendum, thereby allowing the Co-op’s hardworking and talented staff the freedom to perform the jobs they have been hired to do.

Sign up to get the best deals, updates, & more!

ATTENTION:
Please read the message from our General Manger regarding our first postive COVID-19 case.
CLICK HERE TO READ THE MESSAGE