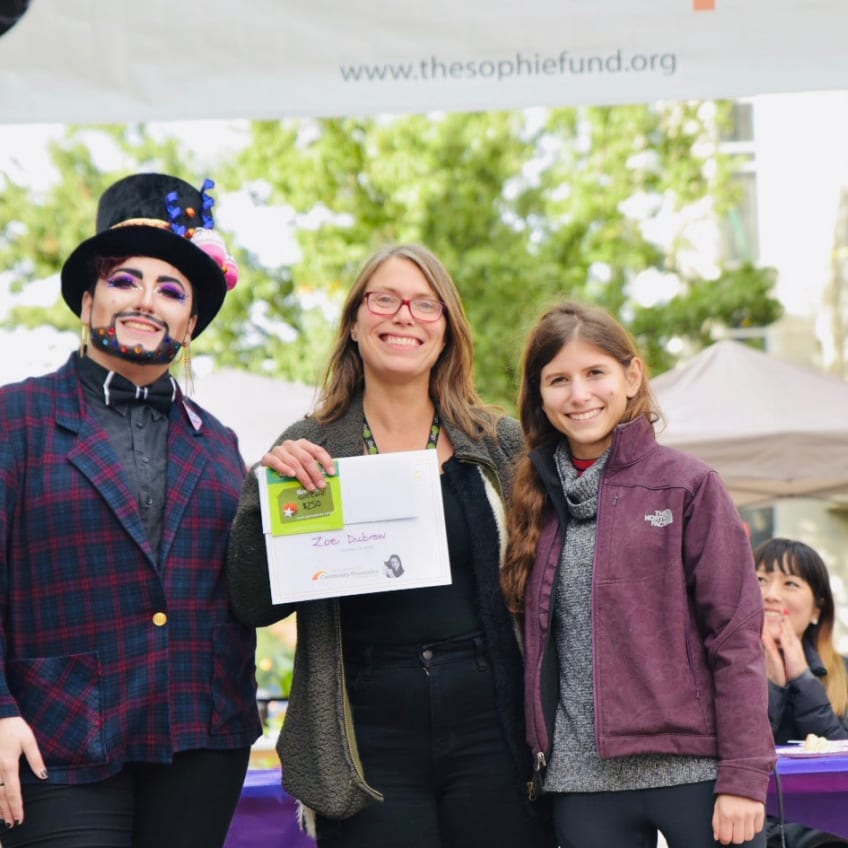 When The Sophie Fund launched the first edition of the Ithaca Cupcake Baking Contest in 2016, we had a hunch that this community would go for it. In a season famous for the Apple Harvest Festival, a Chili Cook-Off, and a Chowder Cook-Off, there had to be room for a Commons culinary event with a sweet tooth.

We were not disappointed: 57 bakers showed up for the contest with staggeringly beautiful and delicious entries, just about overwhelming the capacity of sugar-soaked judges to taste them all. Monica Lee Cotto took home the Grand Prize with a pumpkin cheesecake cupcake in a chocolate cage topped with a confectionery yellow and coral rose and a butterfly crisp. 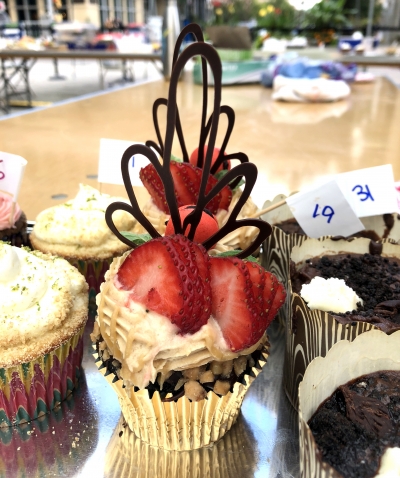 In 2018, Zoe Dubrow wowed the judges and took home the Grand Prize with her “Strawberry Surprise Cupcakes.” Her entry contained a cored whole strawberry filled with salted butterscotch. The concoctions were topped by a brown sugar cream cheese frosting, decorated with a chocolate fan, sliced strawberry, mint leaves, and a mini chocolate strawberry macaron. 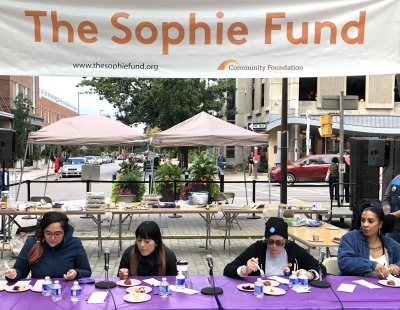 No doubt the contestants participate in the contest for their love of baking, but many of them win prizes for their efforts. The top three prizes have a value of $50 to $250, and honorable mentions are awarded with prizes of monetary value as well. The winner of the Youth Award for 18 and Under receives a $100 prize.

The fun is paramount, but the contest has a serious purpose. The Sophie Fund was founded by the family and friends of Sophie Hack MacLeod, a Cornell University fine art student who died by suicide in 2016. Our advocacy group sought to create a stigma-busting public event that was enjoyable but also an opportunity to raise awareness about mental health and suicide prevention. Sophie loved baking cupcakes — during a leave of absence from college she worked the dessert counter at Madeline’s restaurant  —and we figured that a cupcake baking contest was the perfect thing. 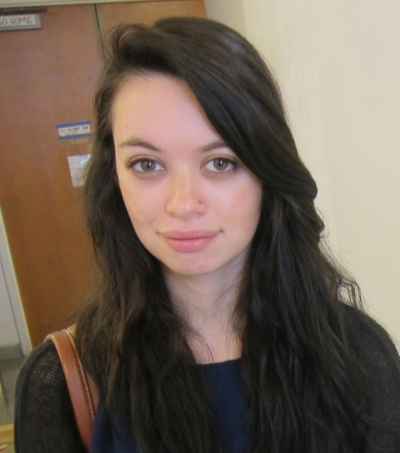 The Sophie Fund is joined at the contest by local mental health providers, who distribute information to the contestants and spectators and give remarks during the awards ceremony. The Sophie Fund also organizes a related “cupcake button” fundraising campaign, with proceeds going to an Ithaca mental health organization. This year’s donations will go to the Advocacy Center of Tompkins County, which fights sexual assault and domestic violence.

We are extremely grateful to GreenStar Food Co-op, the premier sponsor of the annual contest. From the beginning, the contest would not have been possible without GreenStar’s support. It has been a privilege to partner with a local business which not only wants to facilitate the contest’s simple joys but believes as well in The Sophie Fund’s mental health mission.

This Collagen Super Beauty powder by Garden of Lif

The GreenStar Cafe now has donuts from @angelheart